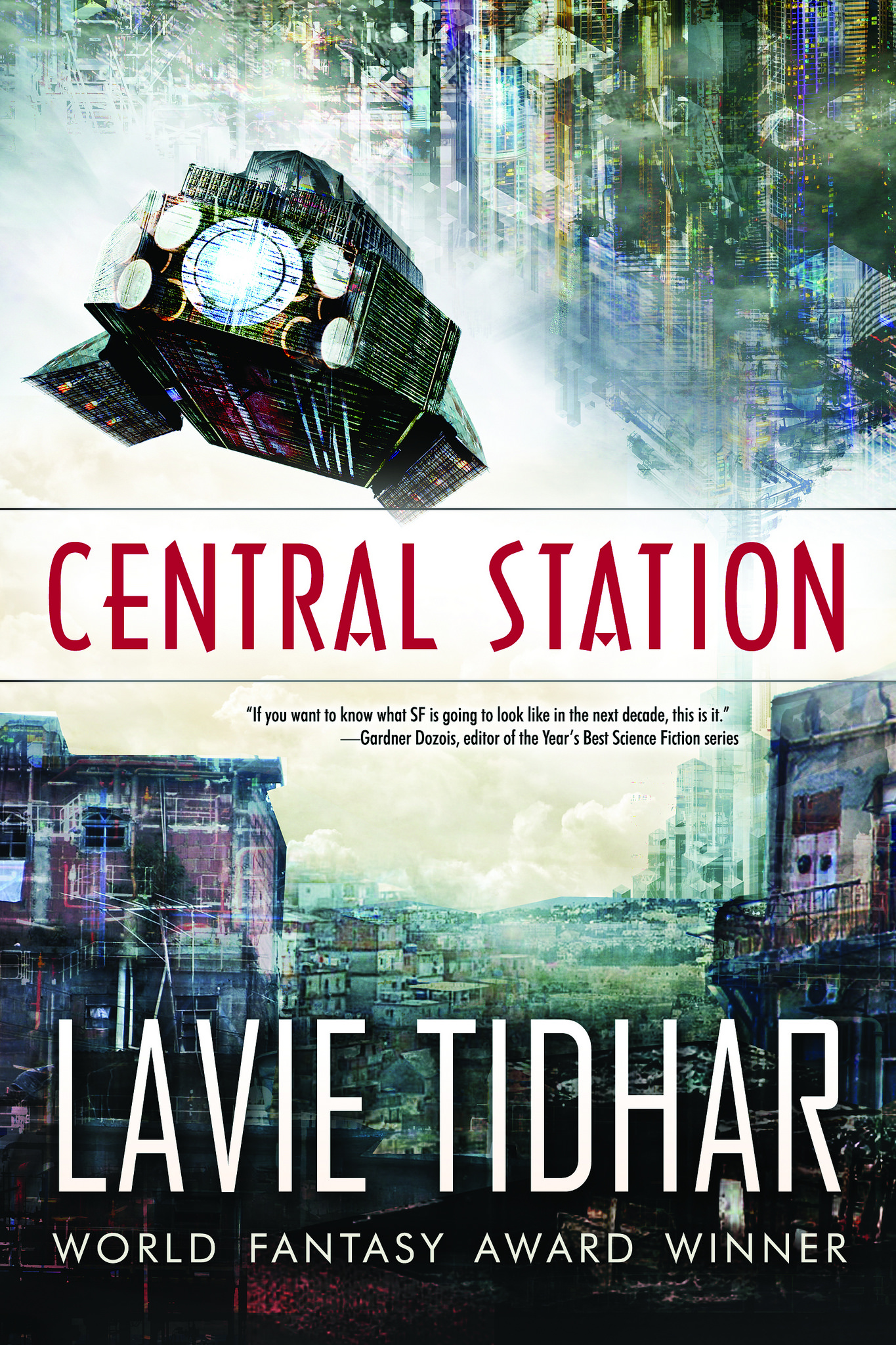 Central Station is a commercial space hub far several hundreds years in the future set between Tel Aviv and Jaffa. It is a rich atmospheric universe of its own, filled with an astonishing motley crew of characters from two families: There is the boy Kranki blending reality and virtuality while playing with his virtual friend, an “alte-zachen-man” who sells discarded things, Carmel the data vampire, Motl the cyborged ex-soldier who falls in forbidden love with the captain of a MMORPG guild Isobel Chong, one Reverend Roboter “Patch-It” from the Robotic Church, old Vladimir Chong suffering from memory cancer, and in the background lurking the Others which are uploaded humans and post-singularity A.I.s connected to humans through the Conversation, just to name a few.

The book mostly collects previously published short stories. What this novel does is a tiny bit of editing plus smoothing out the transitions between stories and adding two unpublished stories. Those finish the central story about the quest of data vampire Carmel and alien-augmented Boris Chong just returning from Mars. The various stories meander around the quest, sometimes diverging far off, adding colour to the richly painted canvas. It is surely not a book steered by plot. The stories follow characters in their everyday life without any form of exposition, often concluding with a open ending leaving me wondering what I’ve just read.

Each individual story would get three stars from me, but the novel is more than just a combination. If you can bear a vivid, gorgeous and exotic setting, with great characters, without action or plot, then I fully recommend this book.

Contents (some links to reviews from previously published sources added):

This entry was posted in Novel, Science Fiction, SF Masterworks. Bookmark the permalink.