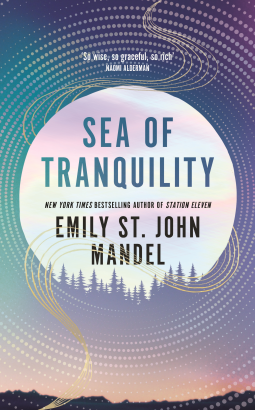 This rather short novel starts in 1912 when some exiled British youngster heads for British Columbia where he has a weird experience. The next part presents a woman talking to the brother of an estranged friend in 2020 NYC, followed by a book author in 2203. The final time slice introduces time travelling agents in 2401 investigating the theory that the world is actually a grand simulation. All those parts are linked, but why and how?

I had a hard time digging through this short but extremely dragging story. After halfway through, I nearly stopped reading it because it was such a boring piece. After that mark it picked up again and introduced the simulation and time travel experience which was engaging at start.

Now, you have to know that I’ve read a multitude of time travel stories and I love to be surprised by a different angle. This work, sadly, has nothing of it. That big question of the nature of reality has been done better often enough elsewhere.

People newer to the idea that our universe might be a simulation, or to the concept of time-loops, might enjoy this work better than I did.

This entry was posted in Novel, Science Fiction, two stars. Bookmark the permalink.