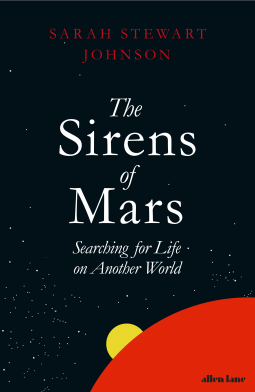 When one thinks of life on Mars, those little green aliens tend to come up in the imagination. Loads of Science Fiction authors have written about it, be it Ray Bradbury’s Martian Chronicles or Kim Stanley Robinson’s Mars trilogy. More recently, movies have touched the Red Planet – many laughed with the puns in The Martian and wondered about its science, others loved the Old Mars touch of Edgar Rice Burroughs’s Princess of Mars even better.

With the upcoming NASA Mission “Mars 2020” featuring rover Perseverance, curiosity for Mars is given another notch, and this semi-fiction book is a very good preparation for it. It dives deep into the history of researching Mars starting with coarse views through bad lenses, via the fallacies of Martian channels, and focuses on the NASA missions since the 1960s. Every flyby gets a treatment, every rover is followed thoroughly.

The author manages it to present a red threat of scientific needs and curiosity starting from those early days, many setbacks and disappointments, up to the question why we are still sending new Missions there. Also, check out this interview with her for some more background information.

The only thing that I’m really missing is pictures. One can always go to external sources, of course, e.g. the wonderful space.com article, but I’d have preferred seeing them in the book.

It is a personal story, a story of the author’s family, and one of herself, because she’s been a scientist in three of those missions. Her story interleaves the non-fiction parts in an autobiographical point of view.

While she is no celebrity, her story is mostly interesting. Only very late in the book, when she starts talking about the birth of her child, I lost interest. That was also the time when she went far more into philosophical topics and ramblings about Euclidean mathematics.

The narration covers some 170 pages and is followed by a huge footnote section which I didn’t digest but is expected from a scientist. The prose is absolutely accessible for normal readers, and it even builds up tension in the ever quest for microscopic life on Mars. No little green aliens are to be found here, but a wonderful scientific and autobiographical story of life on Mars, which I recommend for anyone interested in Martian affairs.

This entry was posted in Non-fiction book and tagged Mars, Non-fiction. Bookmark the permalink.